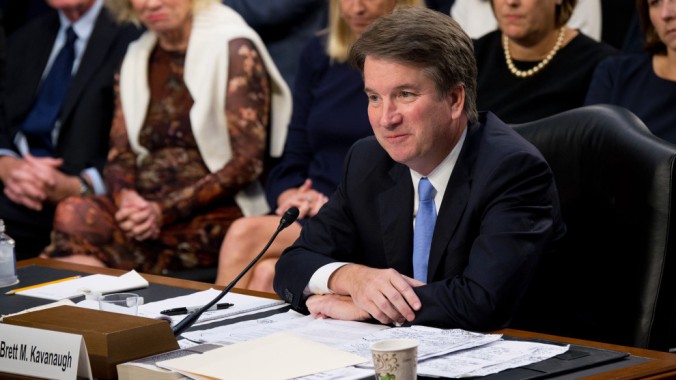 Ford claimed that Mark Judge watched as Kavanaugh sexually assaulted her and that she was only able to escape when Judge jumped on top of them, creating a gap for her to wiggle out of.

Mark Judge was a classmate of Kavanaugh’s at Georgetown Preparatory School, an elite prep school and the only Jesuit school in the U.S. The story submitted by Ford to The Washington Post claims that they were both “stumbling drunk” at a high school party in Montgomery County when they “corralled” Ford “into a bedroom.”

Once Ford opened up about her accusation and that it was indeed her who made it, Judge denied the allegations even more.

“Now that the anonymous person has been identified and has spoken to the press, I repeat my earlier statement that I have no recollection of any of the events described in today’s Post article or attributed to her letter,” Judge said in a statement to Breitbart News.

While the allegations against Kavanaugh have not been confirmed, Christine Ford is scheduled to testify in front of the Senate Judiciary Committee this week.

This worked out in the worst way possible for Kavanaugh, who was supposed to be voted on by the Committee Thursday and soon after by the entire Senate. Now, Kavanaugh’s confirmation vote has been postponed to another date to hear Ford’s testimony.

While it seems that the concerns of the Intelligence Committee are legitimate, the Democrats on the committee are actually trying to wait out Kavanaugh’s confirmation until the November midterms, in which they are expected to win both the House and the Senate back.

This site uses Akismet to reduce spam. Learn how your comment data is processed.